Being one of Bandai Namco’s main franchises, God Eater 3 is indeed very well considered by them. Unfortunately, the focus on gameplay minimizes some of the other aspects in it, including customization. Luckily, the developer and publisher from Japan is preparing a new update to satisfy you.

Version 1.20 will add a class-based mission that will bring you new challenges. Finalizing it will give you accessories for your character. A new Aragami named Amen Ra will also be added. Unlike Ra, this purple Amen Ra will be able to devour with the power of her sun without having to throw energy forward. 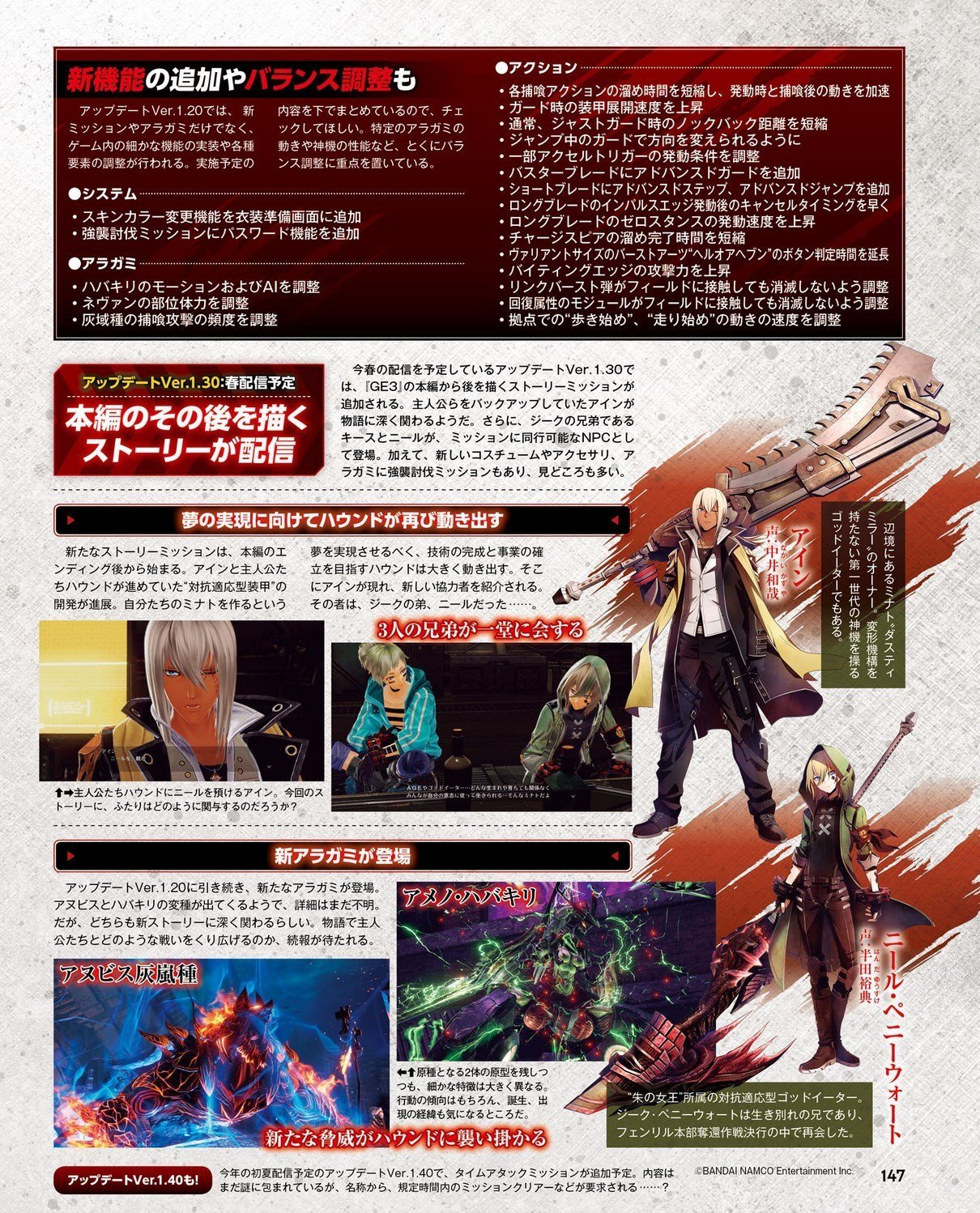 While 10 hairstyles and some costumes from the game’s characters like clothes from Hugo, Claire, to Lulu will also be added. Although it looks less original, at least it will beautify your character.

Version 1.30 will invite you to do a new gear project by Ein who is assisted by Zeke’s sister, Neil Pennywort. Two new Aragami that were added to the game, Anubis and Havakiri, will get a new form in this update. Anubis will have his Ashborn form, while Havakiri will have a new form named Fallen Havakiri.

Not only the update, Bandai Namco also arranged the balancing of the game, both aragami, motion from Havakiri, to the devour mode of the Ashborn Aragami to avoid being too strong.

At the end of the page, Bandai Namco also teases the presence of update 1.40 which will give Time Attack Mode. Challenge you to fight against time to defeat the Aragami. Unfortunately they are still silent for what they will add in the series.

God Eater 3 can now be played on PC and PlayStation 4. You can follow the updated information from us both from Japanese and English sources about the game. For those of you who are curious about the game, you can read our full review.